Get me outta here!

When it was the time to do some sightseeing, we made a list of the places in Ambala which attracted tourists the most. The first thing that came up was the Rani Ka Talab Ambala Haryana. The place was situated in the Ambala Cantonment. It was my habit to research any place before visiting it. During my research, I came to know that the talab was a 400-year old pond. It covered an area of about 4 acres of land and was very close to the army unit. The talab remained dry for the whole year, except during monsoon season. Since we had visited during the winter, we found that the talab was dry due to which we were a bit disappointed. 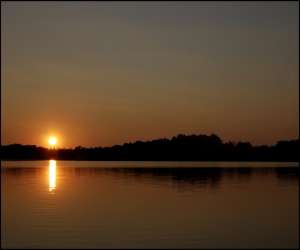 For me, it was one of the most beautiful ponds that I had seen till that time. I knew that it attracted many tourists from different parts of the country, especially due to its rich history. Maharaja Ranjit Singh Chachhrauli dug two ponds, which were named ‘Raja ka Talab’ and ‘Rani ka Talab’. These were used for their bathing purposes. The main attraction of both the ponds was that each of them had a temple of Lord Shiva on their banks. The whole scenario was astonishing and by looking at the place I was taken back 400 years ago. I could imagine the view of the Raja coming to the talab with his Rani to take a bath while being followed by hundreds of people.

The local people were extremely nice to us. We had to hire a guide as we were extremely eager to gather sound information about the place. I came to know from them that it was renamed as the Patel Bagh and also known as the Company Bagh during the British rule. The ponds were looked after by the Sadhus till 1999. It came under the 6014 independent Armoured Workshop. The experience of exploring the place was actually amazing and I could gather a lot of information which was unknown to me. People visiting this part of India should always visit the Rani Ka Talab Ambala Haryana as it was one of the oldest historical places of India.

Hello, My name is Anisha Goel. I have a passion for travelling and visiting new places. Most of my time is spent at the university where I am serving as a Professor. However every summer my family and I break away from the daily routine and we go on a holiday somewhere in India or abroad. Every place has its own unique culture, cuisine and lifestyle and I find it interesting to observe all of these. This blog talks about the places we have been to and also for the foodies, some interesting recipes that I have picked up from the locals. Do try them. Thanks for visiting.